This is a not very difficult Group, but very balanced and complete: we have two physical teams (Ivory Coast and Colombia, the last one being very technical as well), a very fast and technical one (Japan) and a very tactical one (Grecia), so we should be able to watch very interesting matches.
Colombia could be included among the favorites for the victory, and should be able to progress quite easily, while the battle for the second place in the Round of 16 is still very open.

It’s a very strong, powerful, technical and fast squad, one of the most complete NT in the competition, and Quarter-finals should be a realistic goal, and then…who knows…!
Unluckly Falcao didn’t fully recover from his injury in time, but our opinion on Colombia wouldn’t have been much different if he had been in the squad.

Strenghts
GK David Ospina (OGC Nice) has been a regular starter in French Ligue 1 for several years, and looks quite reliable: anyway we can’t omit a mention for Faryd Mondragón (Deportivo Cali), who will be 43 during the Competition and was already in the Colombian squad at USA 1994, that ended tragically Colombia because after the World Cup Andrés Escobar was murdered as “punishment” for conceding a decisive own-goal.
Side backs Juan Camilo Zúñiga (SSC Napoli) and Pablo Armero (West Ham United), and eventually Juan Guillermo Cuadrado (ACF Fiorentina), that usually plays in more offensive positions, are physically devastating, while the young Santiago Arias (PSV) is an alternative.
In the midfield Carlos Sánchez (Elche CF) and Abel Aguilar (Toulouse FC) should be more than decent tackler, while the playmaker should be Fredy Guarin (FC Inter), who is a particular player (he’s strong and has a very Dangerous shoot, but is tactically quite undisciplined).
On the side, or in front of them – Pekerman can play with 4-4-2 or 4-2-2-2- there are the footballers that can make the difference, that are James Rodríguez (AS Monaco), who is technically very gifted and can provide several assists, and the very fast and athletic Juan Guillermo Cuadrado (ACF Fiorentina), who can reverse a match alone: the young Juan Fernando Quintero (FC Porto) could be an important alternative.
In the attack there are plenty of options: in the Qualifying Stage Pekerman was used to field Falcao (AS Monaco) and Teófilo Gutiérrez (CA River Plate), the least known in Europe, as starter, but we have seen that the AS Monaco’s striker won’t be in Brazil, so he should be replaced by one between the powerful Jackson Martinez (FC Porto), who has an high goal-scoring-average in Portuguese Championship, Carlos Bacca (Sevilla FC), who can score several goals but can miss a lot of chances as well, and Adrián Ramos (Herta BSC,but he has just been signed by Borussia Dortmund), while it’s still unclear to know in which position Victor Ibarbo (Cagliari Calcio), a very fast and atypical winger or striker, could be eventually fielded.
Moreover, in order to give you an idea about the lenght of the cover in Colombian attack, you should know that good strikers such as Luis Muriel (Udinese), Fredy Montero (Sporting de Portugal), who comes from a very good season in Portugal, and Dorlan Pabòn (Valencia CF) haven’t been called up.

Weaknesses
The most critical point is probably the pair of central backs, that in the Qualifying Stage was composed by Mario Yepes (Atalanta BC) and Luis Perea (Cruz Azul), who are respectively 38 and 35: they are surely very experienced but probably not too athletic anymore. Anyway the second one has been ruled out by an injury, so Colombian hopes are on Carlos Valdés (San Lorenzo) and the young prospect Éder Álvarez Balanta (CA River Plate), otherwise there is the “not too reliable” Cristian Zapata (AC Milan).
In the midfield there isn’t a typical playmaker, Fredy Guarìn (FC Inter) is a particular kind of player and could be difficult to be tactically disciplined and could cause troubles to the team balance. 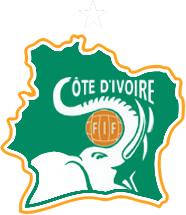 Probably Ivory Coast has been the best African NT for years, but they’ve won nothing since 1992 Africa Cup of Nations. They got two second places (2006 and 2012), and a fourth place (2008) in the continental competition, and qualified twice (2006 and 2010) for the WC Final Stage, but they didn’t progress from the Group Stage because of very hard draws: this time the story could be different because the Group isn’t that hard.
In this team there are several overpaid stars, but a great part of them is very attached to the National Team and they usually are always available for this team (THIS IS THE FOOTBALL WE LIKE).

Strenghts
There have excellent footballers in almost every part of the team, and it’s difficult to find the best ones. In the defence there are Kolo Touré (Liverpool FC), Serge Aurier (FC Toulouse) and Sol Bamba (Trabzonspor), in the midfield Didier Zokora (Trabzonspor), Cheik Tiotè (Newcastle United), and, most of all, Yaya Touré (Manchester City FC), who has just had a greal Season in Premier League and is probably the best element in the squasd, while the main forwards are Seydou Doumbia (CSKA Moscow), Gervinho (AS Roma), the mighty captain Didier Drogba (Galatasaray) and Wilfried Bony (AFC Swansea).

Weaknesses
Maybe there isn’t a GK on the same level with his teammates, and some key elements, such as Didier Drogba and Kolo Tourè, are getting old.
Moreover, not including Yaya Tourè and few others, the technical level of several players isn’t (much) lower than their physical and athletical level.
Finally the Manager Sabri Lamouchi has been good to bring the team to Brazil, but in the last African Cup of Nations has been quite disappointing and doesn’t look to experienced: moreover this team probably lacks of teamplay and too often depends on individualities.

They had a wonderful qualifying Stage, but had to defeat Romania in the Play-offs just because Bosnia had a better goal difference in the Group. Greece hasn’t big stars in its team, but it is a very hard team to be faced, they are very solid and organized, and hardly concede a goal (just 4 on 10 matches). Otto Rehhagel’s heritage is still very strong.

Strenghts
This team has a great tactical organization and solidity, based on an iron defence, and it’s very very difficult to score against them.
The best defenders should be the central backs Sokratis Papastathopoulos (Borussia Dortmund) and side backs Vasilis Torosidis (AS Roma), and José Holebas (Olympiakos FC), while the GK Orestis Karnezis (Granada CF) could be the one able to replace Antonios Nikopolidis after that several GKs have been unsuccessfully tried.
In the midfield the most important players should be Panagiotis Kone (Bologna FC) and Lazaros Christodoulopoulos (Bologna FC), but the experience of Alexandros Tziolis (Kayserispor), and, most of all, Kostas Katsouranis (PAOK) and Captain Georgios Karagounis (36, Fulham FC) can’t be omitted: the last two of them are the only players who were part of the team that won Euro2002 in Portugal.
Kostantinos Mitroglou (Fulham FC) will be the key element of the attack, while the good Georgios Samaras (Celtic FC), who often plays as winger, doesn’t score many goals, but works a lot for his teammates.
The experienced Theofanis “Fanis” Gekas (Konyaspor) isn’t a star, has never played for top clubs, but has score several goals both for his clubs and for the NT: he can be a valid replacement for Mitroglou.

Weaknesses
This so solid defence has a price to pay, the opportunities to score are quite rare (just 12 goals on 10 matches in the Group) and they have to be exploited, so prolific strikers are needed and there aren’t a lot of them in the squad: Georgios Samaras and Dimitris Salpingidis (PAOK) work hardly for teammates, but they aren’t top scorers, so the hopes of the Greeks are on Konstantinos Mitroglou, that had a wonderful first part of Season with Olympiakos Piraeus, but a quite disappointing second one with Fulham FC: he must explode with NT, otherwise Greece could be in troubles.
Moreover Fernando Santos‘s team is very good at defending the result, while it could be (much) more diffult for them to reverse a match.

They had a wonderful qualifying Group and aren’t already in Brazil just because Bosnia had a better goal difference. Greece hasn’t big stars in its team, but it is a very hard team to be faced, they are very solid and organized, and hardly concede a goal (just 4 on 10 matches). Otto Rehhagel’s heritage is still very strong. 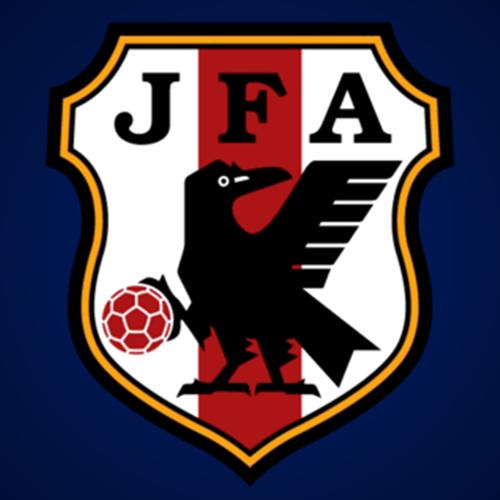 This is a very technical squad, that can play a beautiful football, and has few strong individualities.
Qualification arrived comfortably and few matches in advance, and one year ago Zaccheroni‘s men made a good impression in Confederation Cup, but didn’t reach Semi-finals, because of a quite difficult Group with Brazil, Italy and Mexico.
Few years ago in South Africa the “Blue Samurai” played a good football, ant were kicked out by Paragay at Round of 16 after penalty kicks.

Strenghts
Having some physical limits, the Japanese NT has to play a very fast and very technical football, and that often results in quite enjoyable plays.
GK Eiji Kawashima (Standard Liege), a regular starter in the Belgian Championship, should be quite reliable, while in the defence the sides are well patrolled by Yuto Nagatomo (FC Inter), Atsuto Uchida (FC Schalke 04) and Gōtoku Sakai (VfB Stuttgart); in the centre the key player should be Maya Yoshida (FC Southampton), who didn’t play a lot in this Premier League, after having a very positive 2012/2013 Season.
In the middle there’s a lot of experience with Captain Makoto Hasebe (30, 1. FC Nürnberg, before he had played for Wolfsburg for years) and, most of all, Yasuhito Endō (34, a symbol of Gamba Osaka), who is a midfielder very charismatic, complete and creative, an excellent playmaker that can tackle and score as well, especially on set pieces, that anyway in the National Team will be probably taken by Keisuke Honda.
But the best players of the team are doubtless offensive midfielders: Shinji Kagawa (Manchester United FC) and Keisuke Honda (AC Milan) are the stars of the team and can both score goals and assist the teammates. One between Shinji Okazaki (1. FSV Mainz 05), who has jus had a good Season in Bundesliga and who could play a central forward as well, and Hiroshi Kiyotake (1. FC Nürnberg) should complete the line of the offensive midfielder, while Yoichiro Kakitani (Cerezo Osaka), could be an interestin alternative, but he should start on the bench.

Weaknesses
The lack of physicity in modern football is an important limit that could be fatal for them: the match against Ivory Coast will be very interesting because the two teams play opposite kinds of football.
Moreover the central backs don’t look too strong, and, most of all, in the forward there isn’t a top striker that is able to score regularly at international level, so that sometimes Keisuke Honda is adapted in this position. Otherwise Shinji Ozakazi looks the most tried and reliable option, while Yuya Osako (TSV 1860 München), who has had a good second part of Season in 2. Bundesliga after having quite high goal-scoring-averages in Japan, could be a surprise !